In the previous chapter we saw X2 based inter eNB HO.

In this chapter we shall learn S1 based HO.

Scenarios where we need S1 HO.

This handover is based on 3 steps as below: 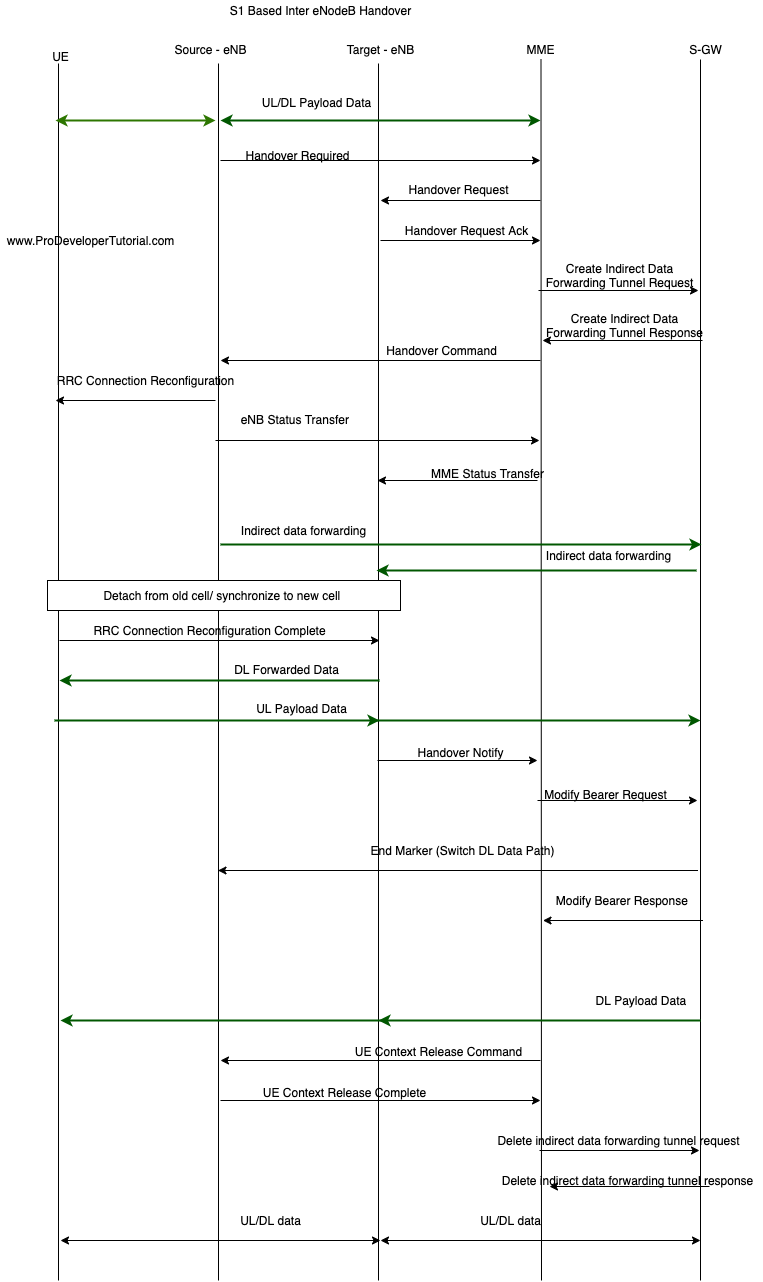 Step 3:
“HANDOVER REQUEST” from MME to Target eNB.
It will include “ERAB to be established: QCI, ARP, AMBR related info, target-eNB ID”

Step 5:
“HANDOVER REQUEST ACKNOWLEDGE” from Target eNB to MME. It will include above ID’s crated by t-eNB.

Step 7:
Create Indirect Data Forwarding Tunnel Response, SGW -> MME. It will receive “S1 t-eNBTEID (b)”, it will create a tunnel towards t-eNB.
It will also create “S1 SGWTEID (d)” and send it to MME.

Now s-eNB will create a bearer towards SGW.

Step 2:
“eNB STATUS TRANSFER” from “s-eNB” to “MME”. It will have UL/DL count.
It helps to know from which packet number t-eNB should send to UE.

Step 6:
“RRCConnectionReconfigurationComplete” UE -> -eNB.
Now DRB will be established from UE to t-eNB.
UL is already established.
But downlink will take a long path “SGW -> s-eNB -> t-eNB -> SGW -> t-eNB -> buffer”.
This will be taken in HO complete.