On a high level, LTE architecture consists of 2 parts: 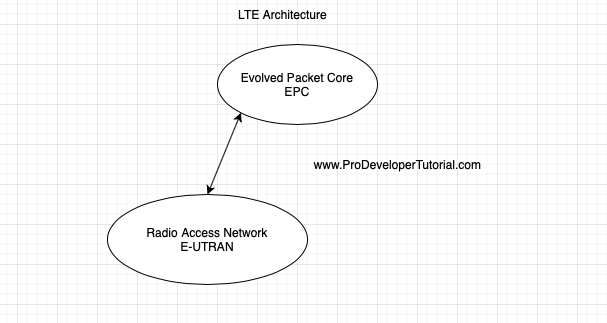 Both EPC [EPC is core network architecture] and E-UTRAN work together to give LTE service for a given subscriber.

More in-depth architecture is as below

The above diagram gives detailed LTE architecture. Below we shall explore how they interact with each other.

Then we have a mobile phone or “User Equipment [UE]” that communicates with “eNodeB”.

“Packet Data Network” may consist of IP networks such as IMS, Internet, Apps.

Now what is user plane and control plane?

On a high level, User Plane is used for handling the traffic like Data and Voice.

Control Plane is used for handling signaling between the nodes.

If the user wants to open “www.ProDeveloperTutorial.com”, before the actual web page is delivered to you, there are many background process like user authentication, user data validity, user data limit etc to be checked for.

Control Plane is also called as Signaling. In the image above, the bottom half is user plane traffic and above half is control plane. 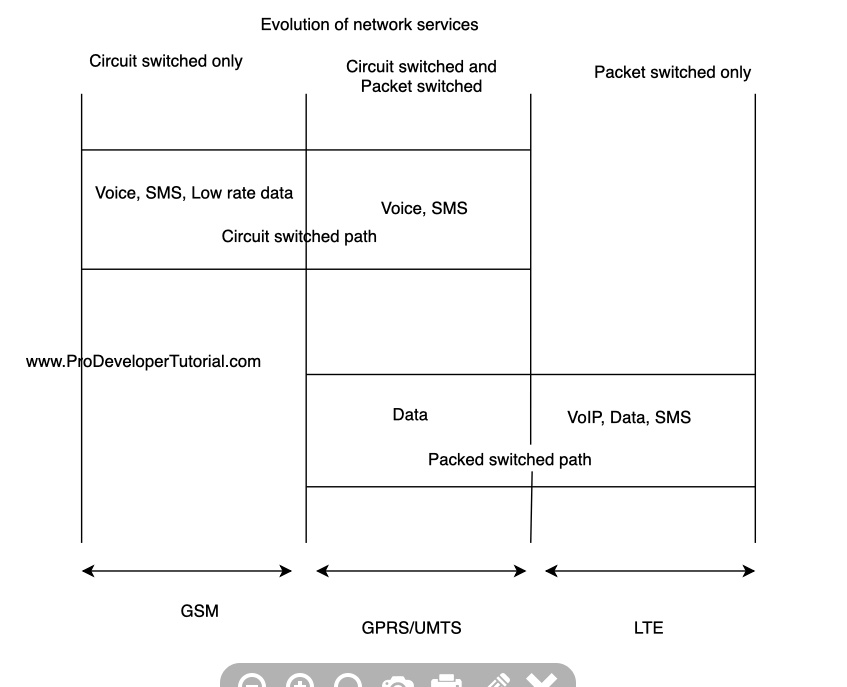 As you can see form the above image,

Initially in GSM everything was in Circuit Switched network.

As, the data consumption in the user increased, we moved towards “UMTS”, where the data has been converted into packet switched and Voice and SMS were still in circuit switched.

Now, in LTE everything is in Packet Switched. 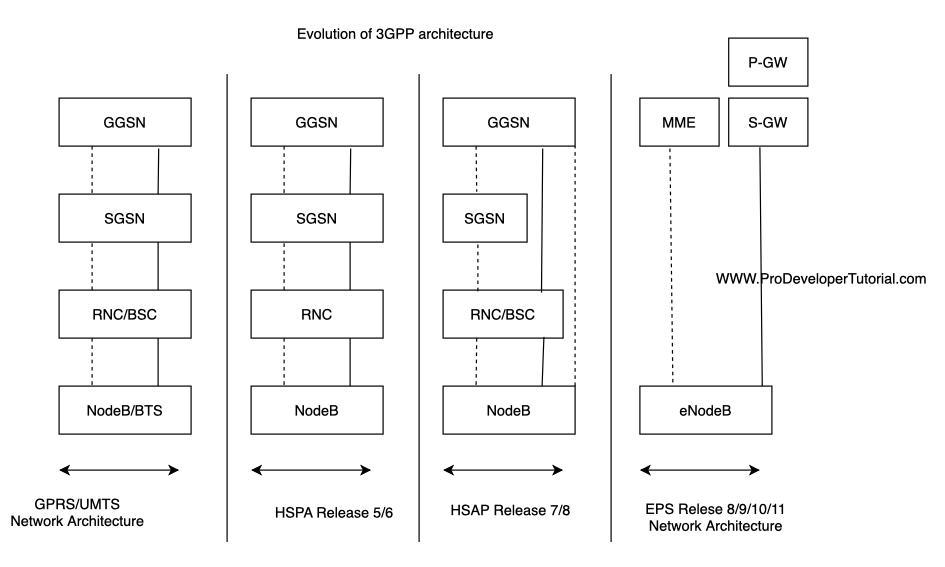 Currently we are referring to Release 8/9/10/11.
Again dotted line is control plane and solid line is user plane.

Note:
In the next chapter we shall see in brief working of all the network elements.