In LTE we have 3 key pillars of security. They are

1. The LTE network verifies the UE’s identity by challenging the UT (User Terminal) to use the keys and report the result.

2. The network checks the result against the expected

1. Signaling message receiver verifies that the received message is same as that has been transmitted.

2. This is done by using an integrity checksum.

3. It is used to guard against “man in the middle attack”.

1. The sender will encrypt the data with a key that is known be the receiver.

2. Only receiver will be able to decrypt the message.

3. This will help to guard against the hackers listening to the data. 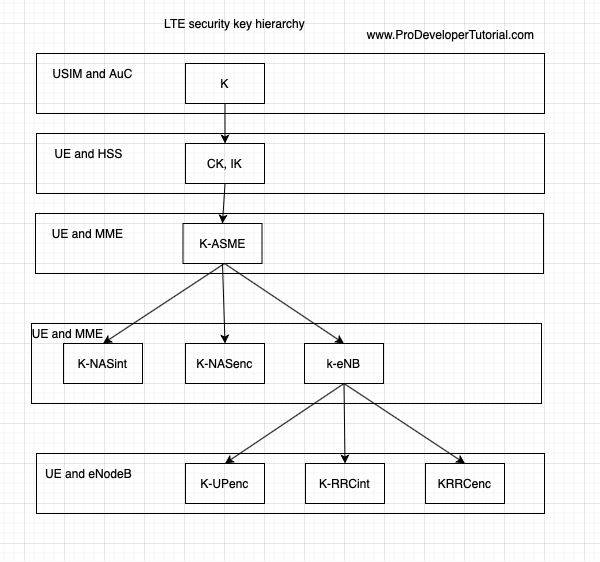 Before we understand over all LTE security we shall have a high level overview of the keys involved.
From the above image, we can see the following keys present.
KeNB : eNodeB key
KNASint : NAS integrity key
KNASenc : NAS encryption key
KUPenc : User Plane encryption key
KRRCint : RRC integrity key
KRRCenc : RRC encryption key
Now let us discuss in further what these keys represent:

K is the master key and it will be stored in SIM card and HSS/AuC.
K key is never transmitted.
All the other keys are derived from K key.

With the help of CK and Ik, HSS and UE are able to derive KASme key

It is an intermediate key

With KASme key, we are able to derive NAS and AS keys. i.e KNASenc, KNASint

KeNB is a key derived by UE and MME from KASme during eNB handover.

LTE NAS Key Derivation at the MME and UE 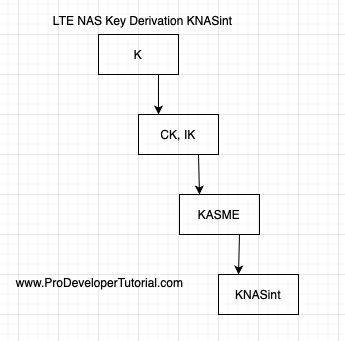 LTE User Plane Key Derivation at the eNodeB and UE 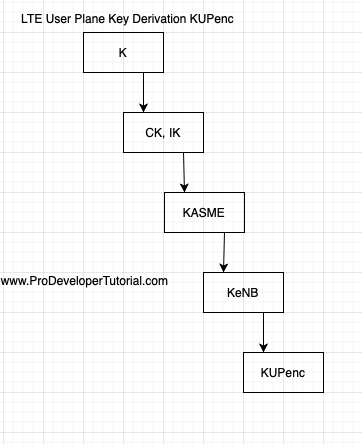 LTE RRC Key Derivation at the eNodeB and UE 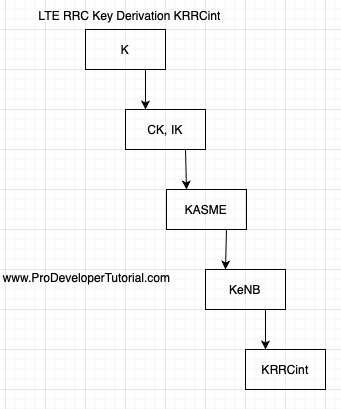 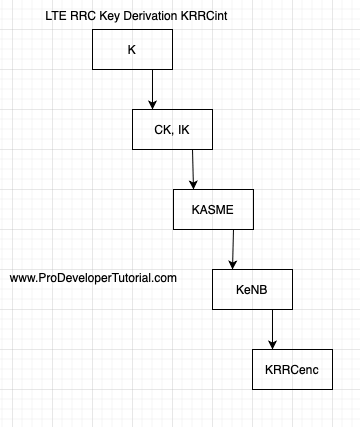 Below are the list of 3GPP defined security specifications for further reading: