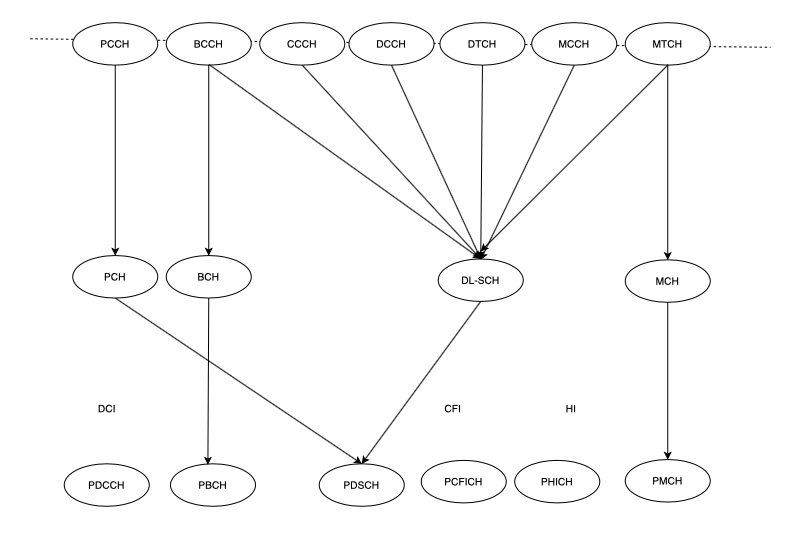 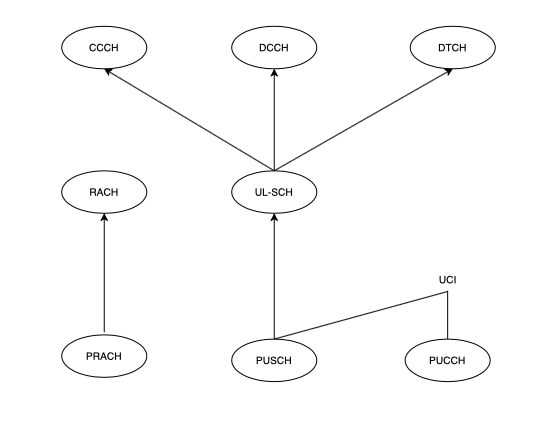 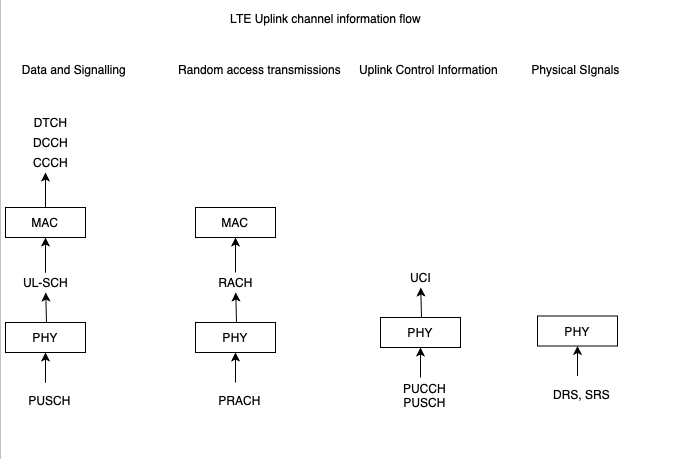 MAC layer does multiplexing of multiple logical channel into single transport channel. So understanding of LTE channels is important.

First, what are channels in LTE?

These are used to segregate the different types of data and allow them to be transported across different layers. These channels provide interfaces to each layers within the LTE protocol stack and enable an orderly and defined segregation of the data.

How many different types channels have been divided?

On a high level it is divided into 3 types:

Logical channel defines what type of information to be sent.
Logical Channel is between RLC and MAC layers.

Logical channel is divided into 2 types:

They will carry user plane data.

In the list of 7 Downlink Channels: We have 5 control channels and 2 traffic channels

2. Paging Control Channel (PCCH) – It is used for paging the UE

3. Common Control Channel (CCCH) -It is Common to multiple UE’s.

5. Multicast Control Channel (MCCH) – It is used for transmit information for Multicast

Traffic Channel: In Downlink we have 2 Traffic channel

We have 2 control channels and 1 traffic channels

1. Common Control Channel (CCCH) -It is Common to multiple UE’s

There are 4 downlink transport channels:

There are 2 uplink transport channels:

1. Uplink Shared Channel (UL-SCH) : This transport channel is the main channel for uplink data transfer.
It can be used by many logical channels like CCCH, DCCH DTCH.

2. Random Access Channel (RACH) : This is used for random access procedure.
It will not carry no logical channel.

This channel is further divided into 4 different types.

Transport channel is between physical Layer to UE in downlink

There are total of 6 downlink channels, divided into data and control channels.

It is used to broadcast system information with in eNB that allow UE to access the network.
It will carry only MIB information.
It transmits MIB that is 14 bits each and is split into four 10 ms frames, thus being repeated every 40 ms
Carries BCH information.

It will handle the L1 data traffic transmission.
The data is transmitted in transport blocks once every 1 ms.
It also transmits paging messages or system information blocks;
carries DL-SCH and PCH information.

Carries the acknowledgement signals from the uplink transmissions.
It is used to carry the Hybrid ARQ status.

It will inform UE about the OFDM symbol used for PDCCH.

Thre are 3 uplink channels. Divided into data and control channel as below:

Does the initial access when the UE losses its uplink synchronization;
carries RACH information.

It will carry the L1 uplink transport data with the control information;
carries UL-SCH information.

It will carry control information.