SSB is transmitted in 4 OFDM symbols in time domain and 240 sub carriers in frequency domain.

SSS is located in the third OFDM symbol and span over 127 sub carriers.

PBCH occupies two full OFDM symbols (second and fourth) spanning 240 subcarriers and in the third OFDM symbol spanning 48 subcarriers below and above SSS totaling to 240+48+48+240 = 576.

With the help of SS, UE can obtain the Physical Cell Identity (PCI), achieve downlink synchronization both time and frequency domain, and acquire the timing for PBCH. PBCH carries the very basic system information.

Below image is of a SS Block: 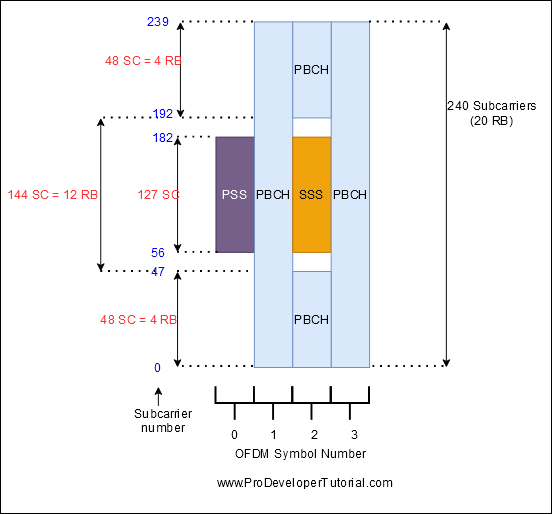 It will send in pre-defined bursts across the time domain. The bursts periodicity depends of the time slots according to the numerology defined.

During this time, number of SS Blocks will be transmitted in different directions called as Beams during a 5ms Period.

An SS Burst Set is always confined to a 5ms window and is either located in first-half or in the 2nd half of a 10ms radio frame.

Within this 5ms window, number of possible candidate SS block location is L.

The maximum number of candidate SSBs (Lmax) within an SS burst set upon carrier frequency as shown below:

In a 5ms half frame, the OFDM symbol index for a candidate SSB within a SS burst depends on SCS and frequency/band: 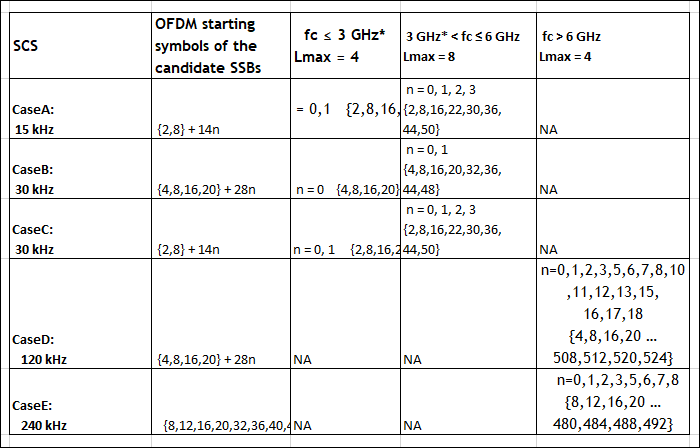 Let us understand with help of an example:

From above image we can see there are 4 SS/PBCH blocks in half frame with starting indexes 2,8,16,22 for case A.

A set of SS block is called as SS Burst in a half subframe.

Each SS blocks in a SS Burst will be for different beam.
SIB-1 parameter “ssb-PositionsInBurst” informs the domain position of SS Block in the SS Burst. 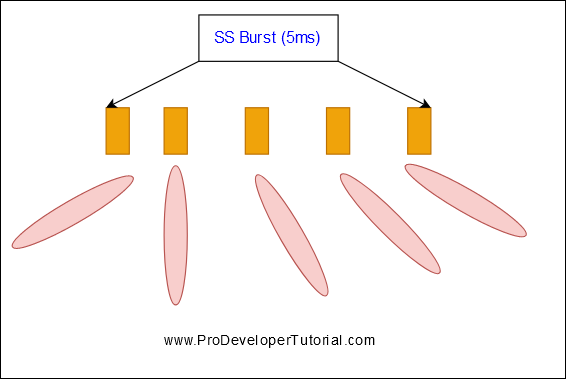