In previous 2 chapters, we had a a brief of RACH procedure. In the next chapters we shall have indepth understanding of all the messages.

1. CBRA procedure is as below:

2. CFRA procedure is as below:

Now coming to the actual topic, to send a Random Access Preamble through PRACH channel.

To send , we need to answer below 2 questions:

1. How to generate a Preamble ?

2. How to select the correct PRACH time-frequency resource to send the selected preamble ?

What is PRACH Preamble?

Similar to LTE, NR preamble sequence is based on Zadoff Chu sequence. 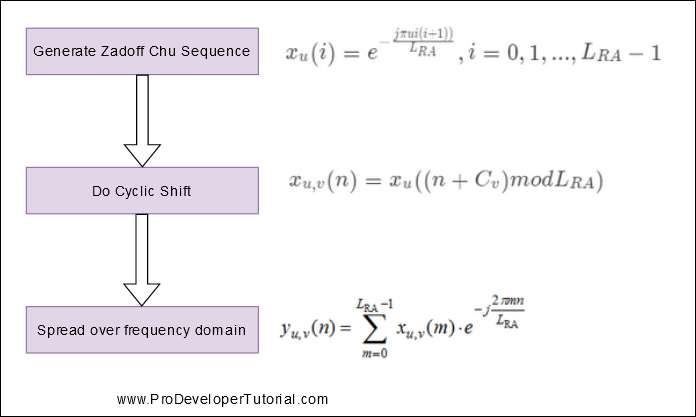 Now we shall understand in detail about the formulas mentioned above:

Below is the definition of Xi

Here u is used to indicate that the ZC sequence is generated according to the root sequence number u.

UE needs to generate 64 preambles according to the configuration parameters.

There are 2 ways to generate the sequences. Either use different “u” in above formula or use the same root sequence number and generate based on cyclic shift by using below formula.

We use below formula to get the spread over frequency domain.

Similar to LTE, in NR there are 2 types of preamble depending upon the subcarrier spacing:

Below Image shows some of the example of example of different preamble formats.

Now let us take the format 2 from the table 1 as an example and see how much it will occupy the time domain: 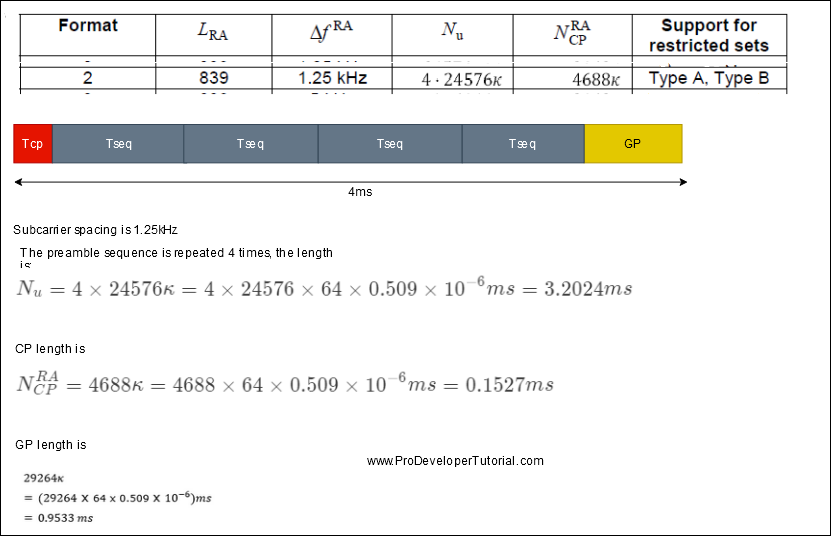 Below table shows the number of RBs in the frequency domain. 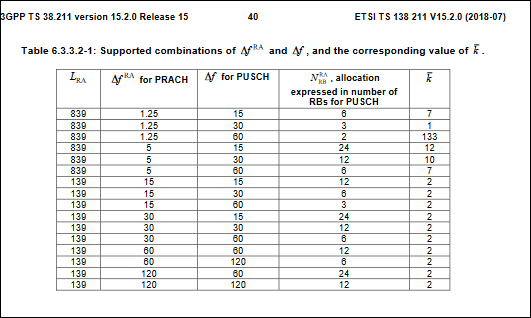 One PRACH preamble corresponds to 64 preamble.